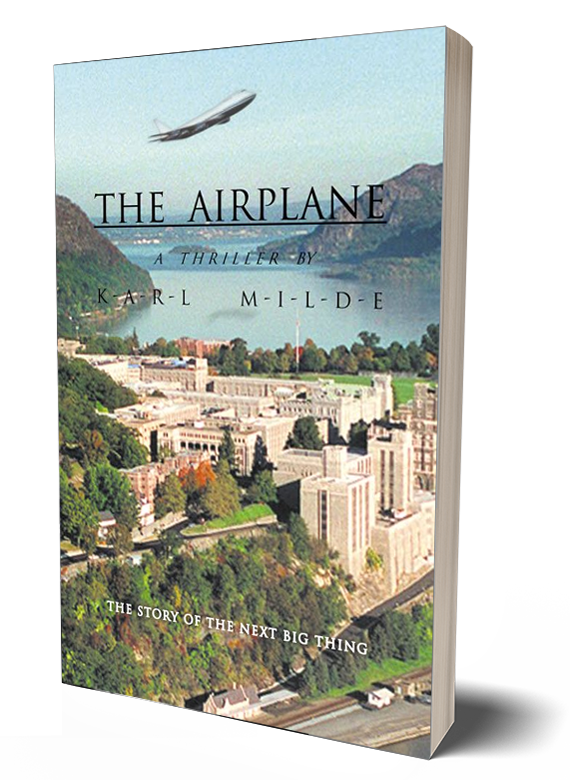 A Thriller by Karl Milde

Juli Gables, investigative reporter, is privileged to be present with her husband, George, at the first test flight of THE NEXT BIG THING: an aircraft that can take off straight up into the air, an aircraft so quiet you can take off from your backyard!

But the test goes horribly awry when the aircraft explodes into flames before their eyes, killing the test pilot. As Juli and George investigate, the trail leads to men in very high places and a plot to take over the country.

Mysteries abound. Why did the test plane blow up? Why did General Bellamy, present at the test, die under suspicious circumstances? What is the Vice President's interest in Hummingbird Aircraft? Can Juli find the answers in time to avert catastrophe?

Not only is Juli pursuing a perplexing and dangerous case; things are complicated by her fear that her husband George is having an affair with a rival TV reporter who seems to be capturing far too much of George's attention.

Follow Juli in her quest for answers — answers that will surprise and even shock the reader.

"Who has blown up "the next big thing" and why? Juli Gables, investigative reporter, is on the case, and her investigation leads her in interesting directions."

"What a good read! especially for any inventors with dreams. The book tells an exciting story with interesting, realistic characters and has a strong narrative drive."

"This is such a great book. It has twists and turns and intrigue. You will love it. Read it today!"