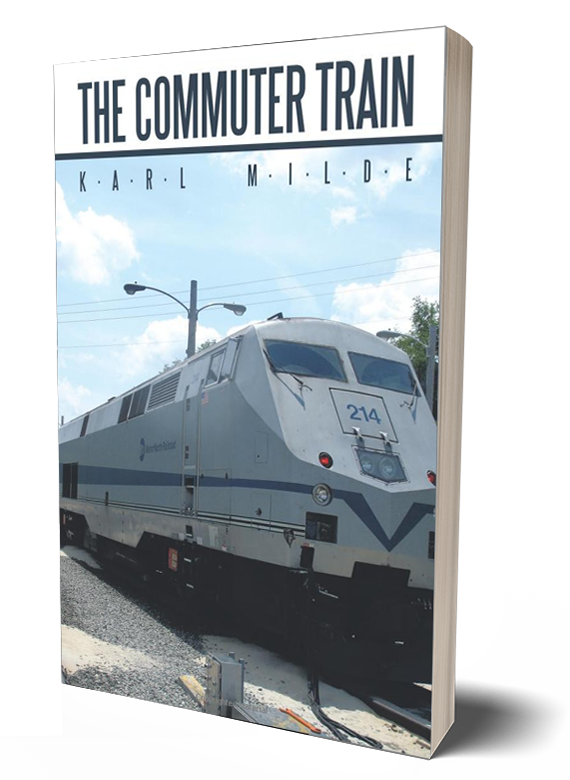 A Novel by Karl Milde

Good morning. We are following a breaking news story that started at 6:30 this morning when two men, a father and son, hijacked a commuter train to New York City. The hijackers have demanded that the train be switched through to Washington D.C...

Meet Juli Gables, investigative reporter and the heroine of the fictional thriller, The Commuter Train by Karl Milde.

Juli Gables is a born-and-bred New Yorker who works for the little known TV station, Channel 8. When she gets the phone call that a commuter train has been hijacked on the Metro North line, she realizes that this is her big break. Quickly, she researches the hijackers and their hostage and gradually uncovers a story of corporate malfeasance that shocks her and galvanizes her into action.

Juli was born in the mind of attorney Karl Milde, as a crime fighting investigative journalist out to expose corruption and wrongdoing.

"The Commuter Train was a unique crime thriller and courtroom drama with technology such as a personal aircraft and train system playing a pivotal role."

"Short, fast-paced chapters propel us on the tracks of a precise, detail pack-pros that navigate intelligently through technical and legal complications and in the end confront the reader with an ethical question."

"This was quite possibly the best book I have ever read. It was so interesting, it was real and it was mysterious."