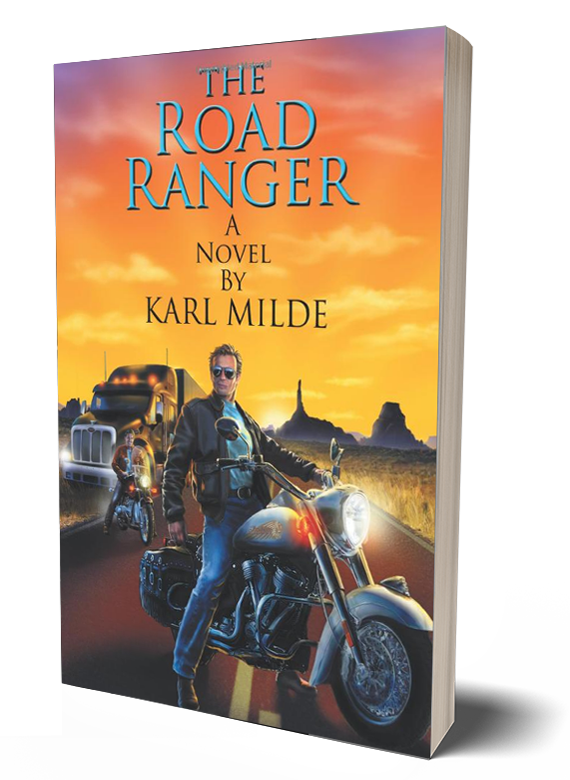 A Novel by Karl Milde

The Road Ranger, is the story of Tom Smith, a successful entrepreneur who founded "RoadWheels," now a billion-dollar corporation that transports passengers and their cars from city to city on huge tractor-trailers. While tailing one of the cars his company carried north to Niagara Falls from New York City, a car he believes is smuggling contraband into Canada, Tom is ambushed and left for dead.

An alert Canadian border official, Alonzo Sierra, rescues Tom and brings him to a Toronto hospital where he recovers. While convalescing, Tom decides to feign his own demise to continue his investigation incognito, his true identity known only to his family and the top managers of his company.

Tom and Alonzo follow a trail that leads them from New York to a remote island in the South Pacific in their attempt to find Tom’s attacker, a vicious serial killer. Along the way, Tom learns he’s not the only one who needs help in seeking justice.

"I loved it! Maybe it's because my two favorite genres are humor and suspense. And Milde combines the two with verve and skill."

"Enjoyed going on this adventure with Karl Milde. I found it to be suspenseful and fun with twists and turns."

"I didn't plan to spend the whole day reading, but I couldn't put Karl Milde's Road Ranger down."